Small or large-scale, emissions can be brought down 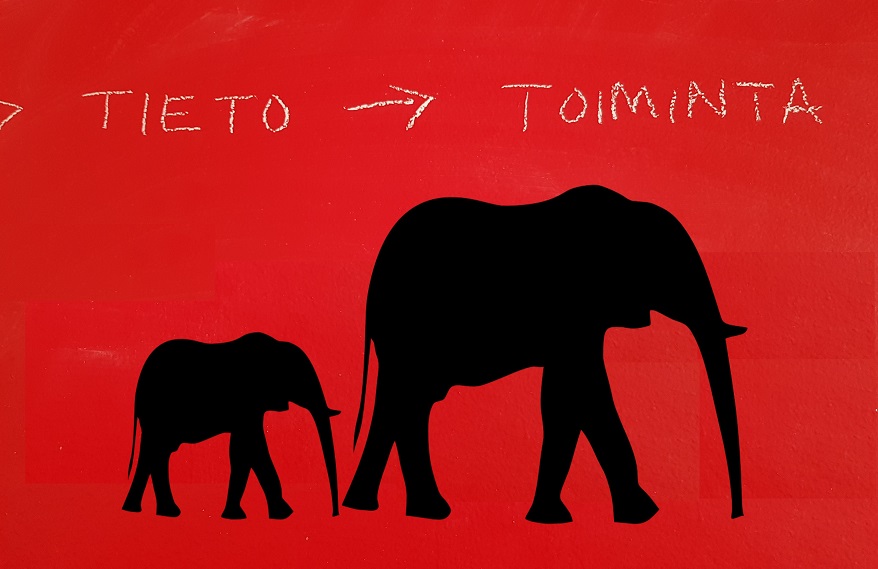 It’s a basic practice (a no-brainer!) for an organization to have a financial budget. A budget gives you a chance to plan your actions according to your income and expenses over a period of time. It should be the same story with carbon. The Intergovernmental Panel on Climate Change (IPCC) has calculated that the global carbon budget will run out in 8 years if present consumption continues. That is, if we want to have a 66% chance of avoiding 1.5C warming. Eight years! That’s a blink of an eye on a global scale and it means emissions must be brought down immediately.

Yesterday’s normal does not entitle to emissions today

In short, this reality has to totally transform our way of thinking and our culture, both as a society and as individuals. We have to think again about having a child (373 tons CO2 equivalent), a house (80 tons CO2e) or a new car (17 tons CO2e). Gone are the days when we could justify flying to Rome (emissions 2.7 tonnes CO2e), because a friend flies (or used to fly) to Berlin four times a year (2.7 tonnes CO2e). We have to aim for zero emissions. According to our calculations, IHME’s office causes 3.2 tons of greenhouse gases annually and 4 kg carbon emissions during a single 4-hour event. Having these numbers on paper is a very good start. What’s next? What have others done?

Someone else has managed it – so we can do it, too!

Lahti Symphony Orchestra is one of the cultural organizations that have made the effort to figure out their carbon budget. Their emissions were calculated in an MSc thesis by Pilvi Virolainen. The orchestra’s share of the whole Sibelius Hall heating is 204.93 tonnes of CO2. With an audience of 50,527 listeners, that makes 4 kg of CO2 per person. The same as our 4-hour event! Lahti Symphony Orchestra has also taken action to reduce their climate impact. Last year, the Orchestra planted 6000 spruce seedlings on an area of 3.3 hectares that will start absorbing carbon within 10–15 years. Previously, the audience also had a chance to support climate projects when buying tickets for Lahti Symphony Orchestra concerts. The goal of the orchestra is to become eventually carbon-neutral.

Another inspiring example is Tampere Hall, a true environmental pioneer, which launched its eco-programme as early as 1992. Since then, they have actually managed to halve their heating emissions simply by improving energy efficiency, close monitoring, and adjusting their energy systems. In 2014, Tampere Hall’s heating consumption was 2500 MWh, causing 490 tonnes of CO2 emissions. The local energy company has done its part and over the years and invested in renewable energy, hydropower and wood chips. Thanks to this, Tampere Hall real estate is now carbon-neutral. By the way, Tampere Hall also has a roof-top garden and its own beehives!

We are in this together

The climate sets the boundaries for the very existence of our culture. Right now, we still have a small chance to influence how narrow those boundaries will be. We can get emissions down, but we have to start today and truly think outside the box.

Recommended reading: Berners-Lee, Mike: How bad are bananas? The carbon footprint of everything.

This article is part of a series published in 2020 about the carbon footprint of an art production, written by IHME eco-coordinator Saara Korpela. You can take part in the discussion on Twitter @IHMEhelsinki or write directly to saara.korpela(at)ihmehelsinki.fi.

Read all Ecoblog posts in our blog archives.

Back to front page